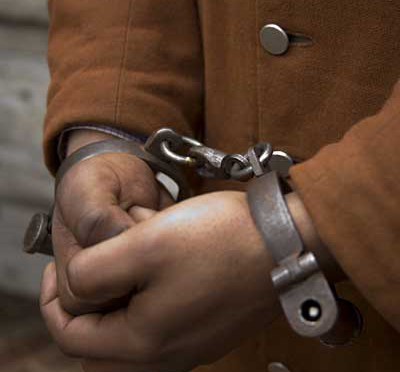 Bill White: It’s a really tough story to tell, because it’s such a complicated story. I think we have the sense in our minds that the slave trade only really involved a few Africans who were brought here, and masters in the South who owned them and made them work in the field.

If you sweetened your tea in Germany during the 18th or 19th century, then you had touched the slave trade. Because slaves had grown that sugarcane, and the slave trade, part of that triangle trade, had been something that actually got that bit of sugar to you, there in Germany. It really is the story that sort of defines Western history, the Atlantic world history for most of what we know as written history.

Lloyd: I got into a fierce argument with a man from Rhode Island, because he said Newport, Rhode Island, had nothing to do with the slave trade, and I almost fell down laughing.

Bill: Well, you know, New England, at the time the constitution is written, there are individuals in that constitutional convention, there’s a lobby for ending the slave trade then. Because at the time, many Americans believed that if you could end the slave trade, it would eventually end slavery.

The larger triangular trade brought raw materials from the New World to Europe. And in Europe, they manufactured goods â€“ cloth, paper, spirits â€“ all kinds of things were coming from there and going to Africa. In Africa, ships were then loaded with slaves, who brought that labor to the New World to raise more raw materials to go back. There was a smaller triangular trade actually operating out of Rhode Island â€¦  New England, that took sugar, came up from the Caribbean, and it was distilled into rum. The rum went to Africa, and then slaves came back to the New World, so I’m afraid Rhode Island or New England merchants were very involved in the slave trade.

Lloyd: While you set that out, are you going to be able to cover that in a television program?

Bill: This program is going to begin by talking about that trade, that triangular trade. It tells some of the stories, not all of them, but some of the stories that slavers told about their life at sea aboard these ships. It talks about the contest, and all the interest groups â€“ New England merchants, and Southern planters, and abolitionist groups â€“ who were struggling in the early days of the republic, trying to figure out what to do.

And it talks about after slavery’s been outlawed by Britain and the United States â€“ they both outlaw slavery and those laws go into effect in 1808. And then the British, in particular, are working hard to try and shut down what they believe is an illegal trade, but even they and the might of the British Navy can’t actually effect that. Then we’re going to end the program with a story about the USS Yorktown that captures a slaver in the 1820s, and what they do with all these people who are on board ship, and how they try and rescue them. What’s the fate of the slave, and the slave crew? These are really remarkable stories.

Lloyd: I’ve always been curious how the idea of personal or individual freedom grew in Colonial Williamsburg, where the population was half slave.

Bill:  It’s a real conundrum. On the one hand, you have these thinkers, who are really affected by the enlightenment, and they’re looking at the world around them, and they’re deciding, really for the first time in history, that there really are natural laws out there, and that the world is operating by these natural laws, and if you go out, and you discover what those laws are, that you can actually create a better society. That’s what much of this is about, the notion that the individual is vested with freedom and liberty.

At the same time, they’re very practical people, who are living in a world that’s been constructed around them, and they see these things as being problems, if you will, but they’re not always sure how to resolve those problems. Slavery is one of those problems.
You have to also realize that the first slaves arrived in Virginia in 1619, that’s the arrival of first Africans. By the time you get to 1776, you’ve got more than 100 years. That’s several generations of this institution of slavery operating in Virginia.

They really do believe that if you end the trade, so that there are no more Africans coming to North America, that will end slavery. Maybe it would have in the 1780s or ‘90s, but by the time you get to the early 19th century, the invention of the cotton gin, and a huge, new economy that’s being fed on slave labor, ending the slave trade won’t end slavery. Slavery will continue.

Lloyd: Are you happy with this program?

Bill: With this program? Yeah, I am. I think it tackles some tough subjects, and it does it in a way that will be compelling for kids, and will cause kids to begin to ask some questions about the notion of freedom, and the notion of slavery, and how those things still affect who we are today. We can’t get away from that, that story that begins in 1619 with the arrival of the first Africans in North America, the story of the slave trade, and how we tried to end it, the fact that ending the slave trade didn’t end slavery.

All of those things are part of our legacy. They help to define who we are today. It helps to explain some of the things that are happening in our society today. It goes a long way to explaining why race is still such a big issue in American history today. If we can get a few kids asking questions about that, and seeing the connection between their world today and these stories from our past, I think we will have done a lot to help put some of those big issues in context for them.

Lloyd: That’s Colonial Williamsburg: Past and Present this time, check history.org often, we’ll post more for you to download and hear.

in Education, People | No comments