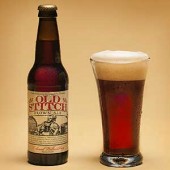 Relax with a brew from the past, courtesy of Master of Historic Foodways Frank Clark. Twenty years of study and practice have resurrected the 18th century’s favorite beer: Old Stitch.

in Food and Drink | 2 comments