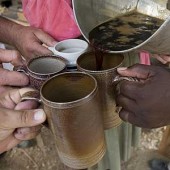 The Historic Campus of the College of William and Mary had one more secret to tell, and it was a big one. Archaeologist Andy Edwards describes the surprise, and the clues that lead them to hope they’ve stumbled upon the College’s early brewhouse.