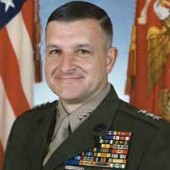 Retired US Marine Corps General Anthony Zinni has some sharp insights and powerful ideas to share in his new book, “Before the First Shots are Fired: How America Can Win or Lose off the Battlefield.” Listen this week as he previews some of the philosophies he shares in his fourth book.