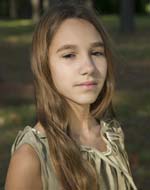 Nine miles from where we are here in Colonial Williamsburg sits Jamestown Island. It’s the site where English colonists landed in 1607. Jamestown is America’s first English colony that stuck, and it was on this little island that we are introduced to one of history’s most romanticized and well-known figures: Pocahontas.

My guest today is Bill Kelso, director of archaeology at Historic Jamestowne, and his ongoing excavations at the site have uncovered the site of the church where Pocahontas was married to John Rolfe in 1614. Bill, thank you for being with us today.

Harmony: Well, tell us about this church that you’ve uncovered.

Bill: Well, we during the summer have an archaeological field school. We have a number of students that come from all over the country. We decided to excavate an area in a corner of the fort, although it’s more toward the center, to see if we could determine where public buildings were.

One of the sites that we haven’t found within this triangular fort is the site of the earliest churches. There are records that are out there about it, but besides one that said it was in the midst of the fort, we didn’t know exactly where it was. The field school uncovered an area where we began to see the signs of where a wooden building had stood, but a really well-built, substantial wooden building at the time.

What we found were these gigantic holes that had been dug in the ground. Upright timbers, or columns of timber were placed inside them and the dirt packed around it. So we began to see a pattern of these holes, and it became clear that it began to match some of the dimensions that were given of a church that was built in 1608.

Bill: Well the Church of England of course was the official church of Britain. The Virginia Company, the official company that sponsored the attempt to colonize â€“ and finally it became Jamestown â€“instructed the colonists to have the church as a real heart of the community. One of the other objectives was to convert the Powhatan Indians to Christianity. So the church both served the colonists and also their plans to include the Powhatan Indian community in this endeavor.

But one particular directive really impressed me. It said that, “no matter what you do â€“ you can find gold, you do all these things that would make us wealthy, but if you don’t have the church at the center of your community, it’s going to fail.”

Harmony: You’ve been doing excavations on Jamestown Fort, systematically uncovering the whole fort site there for years. Did you know what you were going to find when you discovered the church? Did you have a good sense that in that area should be the footings of that early church?

Bill: You know, it was a big surprise. We had found another set of postholes, which it turned out to be just one side of a building and the other half had washed away into the river with the corner of the fort. It looked like a really substantial building, and we even found some plaster in the postholes, which we thought would come from the walls.

The church was described as very light inside by one record. And 34 graves were in that area. So we thought we probably had the church, but there was just this one other blank area that we needed to look in. I have always said, “Unless we can find a better candidate, we already had the church. But we did find a better, a really good candidate: the real thing.

Bill: Well the first piece of evidence was the distance between these marks that were left from where the posts rotted out. Going again to the record, it’s a kind of what we do in historical archaeology is a constant interplay between what we find in the soil and what’s written in the records. One raises a question and you go back and look at it.

The one description of the church that was standing by 1610, which another record said was built in 1608, said it was 24 feet wide, and 60 feet long. So we were finding, we found first two posts, and it was 12 feet between the marks. So that was pretty good â€“ two times 12 is 24.

So then we went further on down the line, and it was just like connecting dots from that point. Once we found out that we had the end of the building, and it only went 24 feet, then we did a right angle and began to check to the west, as it turned out.

Then we began to also find 12-foot center posts. So now we have seven or eight. We’re not finished, this is only half uncovered at this point. But that, five times 12 is 60. So I just am absolutely positive. Then the clincher was, when we were digging on the east end, which would be the chancel in a Church of England Anglican church, this would be where important people would be buried, in the actual chancel. That’s where the altar is, and it’s the east end.

So in the first 12 feet, we found four burial impressions, or different colors of dirt. We haven’t excavated to actual remains, but they are basically to by six, and lined right up in the center of that across the end of the chancel, the east end. That was, this is it, there’s no question about that.

Harmony: If you find actual remains, if you’re able to excavate that, that in itself gives you a wealth of information.

Bill: Yeah, I think we’re planning to test the chancel burials. We even have some candidates for who they might be.

Bill: Well there was a knight that died, a knight by the name of Sir Ferdinando Weynman was one. He was sort of the right-hand man of Lord DeLaWarr, who was the first resident governor. There are two captains: Captain Peter Wynne, Captain Gabriel Archer. Archer left some journals which are very interesting of his eyewitness account of him at Jamestown before he died. And he died in 1610 and so did Weynman and Wynne. They all died during that year. So they’d be buried there.

Then in 1608, it’s possible that the first rector of the church, the Reverend Robert Hunt died about the time the church was being built in 1608, it appears. So he could have been buried in there, as well. Well there’s four. It could be those four burials.

Harmony: How wonderful to think you might be about to meet these people you’ve read so much about and so much from.

Bill: Right. It does. I mean, that occurrence when you begin to see remains of people that you’ve read about and you have some biographies on, it’s a powerful way of accessing history. It really gives you a third dimension, a reality sense to you. You can experience it again in a way.

Harmony: We talked about another prominent historical figure who has a history in this church, and that’s Pocahontas. If you’ve found the 1608 church, then it stands to reason that this is the church where she would have been married to John Rolfe.

Bill: Exactly. You can walk and stand in the exact spot, I think. Because now we know, she was married in 1614, while the church was still standing I think at Jamestown. The ceremony would have been in front of, at the edge of the chancel, in the middle. That’s the tradition. That spot is there. It’s kind of fun to stand there.

Harmony: Even before their marriage, Pocahontas was a very important emissary between the native population and the colonial one. She helped bring them gifts of food, she helped act as an ambassador between the two cultures.

Bill: Yeah, she, there’s a little tragedy here because I think she became a girl of no country. The Indians kind of said ok, you’re helping the English. And the English were looking at her as an Indian. So she had a little problem. But she did convert to Christianity. She had a new name, Rebecca, and I think was very taken up by England.

Harmony: One of my favorite things about Jamestown Island and its history is that you can go there now. Today you can stand, walk in the footsteps of those first settlers, look across the same river, walk on the same ground. Tell folks where they can come see this excavation happening, where they can find these sites.

Bill: Well beginning this year we’re out for the season until the first of April. So the excavations are open, they are going five days a week now. And we have an archaeologist gives a tour every day at 11:00 that’s become very popular. Visitors can come right up to the edge of the excavation and see what’s going on. And that’s very rare to be that public.

Harmony: And beyond the actual excavation in process, there’s a wonderful collection that houses artifacts and all kinds of research that from objects that you’ve found on the site â€“ the Archaearium people can visit.

Bill: Right. The Archaearium has over 1,000 artifacts that are interpretive. It tells the story both in the words of the colonists and the things that they left in the ground.

Harmony: Wonderful. Bill, thank you so much for being with us here today.