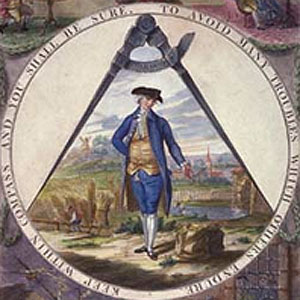 George Washington copied out and adhered to 110 simple rules for polite society. What were they, and do they still apply today? Historian Cathy Hellier dissects the codes of 18th-century conduct.

Learn more: The Rules of Civility

Harmony Hunter: Hi, welcome to the podcast. I’m Harmony Hunter. Manners and etiquette make our social interactions go smoothly, and that was as true in the 18th century as it is today. These social graces were mastered by no less a person than George Washington, and a schoolboy exercise that he mastered before the age of 16 still survives today. It’s an insight into the codes that governed colonial society. Our guest today is historian Cathy Hellier, who joins us to talk about some of these manners and to help us put them into context. Cathy, thank you for being here today.

Cathy Hellier: Thank you for having me.

Harmony: Well the document we’re talking about is called the “Rules of Civility.” This is a list of 110 rules that a young George Washington copied out as a school exercise when he was, we think, younger than 16?

Cathy: We’re not sure exactly how old he was, but it was probably done in the mid-1740s or so when the other copy books that are dated that he did survive.

Harmony: So this would have been sort of a common school exercise to copy these rules out. It’s not something he authored.

Cathy: No, he did not author these. They were likely given to him by his tutor to write out. He has several copy books. This appears also with some other things that he thought were worthwhile keeping like copies of legal documents and legal forms, things that a gentleman would need to know in Virginia so he kept these along with those things.

Harmony: One hundred and ten rules for society. Even Moses only had 10. It seems like such an exhaustive list of social codes and outlines for proper conduct.

Cathy: Well, for the time it wasn’t an outlandish amount. There were etiquette books published throughout the 18th century that were pages and pages and pages of etiquette so really this 110 rules kind of distills all that down.

Harmony: So when we talk about these 110 rules, do you see categories of sort of types of situations where there are different rules for those different interactions?

Cathy: I think the most important rules are those governing how you appear in public and how you also deal with superiors and inferiors. It was really important in the 18th century to appear genteel, to pay attention to how you appeared to others, and this was important to George Washington for his entire life. It was one of the governing things that he concerned himself with, was his outward appearance to others and how others perceived him, how he acted and was it appropriate.

Harmony: There’s a whole section of rules that deal with, as you said, how to behave and how to defer to social superiors: what side of them you would walk on, who would take off their hat first, who would speak first. I wonder if some of those codes came from England as part of a monarchical society where social stature is really much more of a governing principle than it is maybe in the democratic society that emerged. Is social deference to superiors something that you can trace back to the system of monarchy rule?

Cathy: Well it absolutely comes from England. These books that publish this sort of thing came from England. We were English at the time that these were done. But it’s not just England, it’s a general European way of looking at society; that it’s hierarchical that there are certain courtesies to be observed when dealing with people who are your equals, who are your superiors and who are your inferiors. And everyone understood that.

So you began learning that from your parents, not just from etiquette books, from the time that you were little. You had to know how to recognize when you went into a room who was your superior, who was your inferior and who was your equal. You were trained to do that. It was just part of what they understood. That doesn’t necessarily mean that they didn’t make mistakes, but this was part of the way that they saw the world.

Cathy: We use several. They help us to begin a discourse about rules then and rules now. How do some of these that sound really old-fashioned kind of work for us today? For example, one that we use is, “Every action done in company ought to be done with some sign of respect to those who are present.” We talk about respect to our co-workers, respect to our guests and things like, Â “If anyone come to speak to you while you were sitting, stand up,” and, “When you present seats let it be to everyone according to his degree.”

Well we talk about how you should stand in the presence of our guests, and if someone comes up to you, even a co-worker, it’s a nice polite idea to stand up when they come in. And then they’re talking about presenting seats. In the 18th century they had a custom where you were seated in a room according to your rank, social rank. There was an upper end of the room and a lower end of the room. The upper end was usually farthest away from the door and so when people were seated, they were presented seats according to their rank. Well, today that kind of translates that usually our interpreters will help our guests to understand that the young people should not rush for the seats; that they should be given to the older people and to the ladies in the group.

Harmony: There are also a lot of rules, I noticed a run of about 20 or 25 rules that deal with manners at the table: manners in eating, speaking with your mouth full, wiping your hands on the tablecloth, all kinds of dictates around polite eating. What are some of those rules that we can point to?

Cathy: Well there are several of them that you just mentioned and some of them are really still very much in use today; that you don’t cough at the table without turning your head to the side. Back then when they had little containers for the salt you wouldn’t dip a greasy knife into the salt and so on. So again it’s just a whole list of things, many of which we still do today that are designed to make sure that other people are comfortable and not feeling queasy about the kind of behavior that you are showing at the table.

#4: In the presence of others sing not to yourself with a humming noise nor drum with your fingers or your feet. Why would that be considered rude? What is that getting to?

Cathy: Well I think that’s kind of the same way today. If someone’s telling you a story and you’re drumming your fingers or, you know, kind of humming or looking off into the distance it clearly shows that you’re not paying attention to that person and that you’re not according them respect.

Cathy: There’s one here about “Spit not in the fire, nor stoop low before it. Neither put your hands into the flames to warm them nor set your feet upon the fire, especially if there be meat before it.” There was a lot of etiquette about not monopolizing the fire because it was the heat source for the room and not spitting in it. I’m especially glad to see that they weren’t going to spit in it if the meat was cooking in the fireplace. So there were things like that.

Harmony: Our tailor was a guest one time on the show and we talked about how people in period movies when they’re dressed in costume how sometimes they can still, by their posture, they can still give away their 21st century-ness. And he said there’s so much about the deportment and the posture and just the way of sitting that has so much more to do with authenticity to the 18th century. I wonder if that you see sometimes little traces of mannerisms that would not have been present in the 18th century when you watch movies like that?

Harmony: Some of these rules seem exhaustive and it might seem overly restrictive, but when you think about even society today a lot of these rules might be sort of internalized and they might be codes that we still sort of follow today. What’s at the heart of these codes of etiquette and these outlines for conduct?

Cathy: I think most every society of course has rules for how people act toward one another. And it helps to make social, you know, when we’re with one another and we’re doing things together, it helps to make that easier. We know what to expect from each other. I think so much of what passes for reality TV today, the idea behind that is someone will grossly violate etiquette, say something they shouldn’t, do something they shouldn’t, the next person reacts to that in an over the top sort of way and it just escalates and we watch this with a kind of horrified fascination because we realize how impolite this behavior is, and how much if they would just change a few little things everyone could get along. Of course no one would watch.

But I think the whole idea is that our social time together is governed by etiquette to keep everyone comfortable and to allow us to understand what to expect from each other. That’s important in the office, it’s important socially, it’s important at school and each one of those settings has certain expectations which if we follow those everybody seems to get along a lot better.

Harmony: Cathy, it’s always interesting to talk to you. Thank you so much for being here today.

Cathy: It was a pleasure to be here. Thank you Harmony.