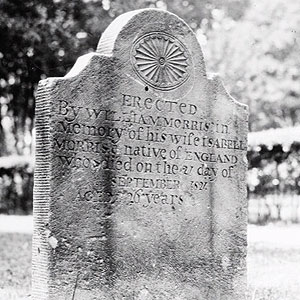 Gravesites tell the stories of the dead and the people who mourned them. Learn about cemetery archaeology and preservation with Jolene Smith and Joanna Green from the VA Department of Historic Resources.