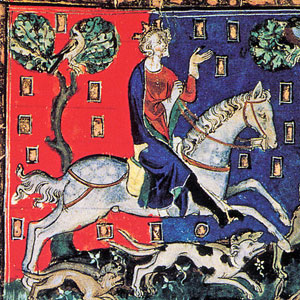 The American Revolution came from an old British tradition. Hear how the English were in the habit of rebelling in “A Very British Revolution,” a tour at The Colonial Williamsburg Art Museums led by Emma Ross.

Harmony Hunter: Hi, welcome to the podcast. I’m Harmony Hunter. Breaking ties with England seems like America’s defining act, but a new tour at the museums of Colonial Williamsburg points out that rebellion is a very British habit. Here with me now is Emma Ross, who developed the tour A Very British Revolution. Emma, thank you for being here today.

Emma Ross: Oh, thank you for having me.

Harmony: So we’re not as original as we thought in our American Revolution?

Emma: No. I wanted to start this tour last summer, because I noticed that there was a lack, from what I saw at Colonial Williamsburg, with of looking at the American Revolution from a different perspective. Because I think a lot of times we get so caught up in the American patriotism of the war that we forget that before they were Americans, the colonists here were British subjects. They were very proud of their English rights and liberties.

Harmony: Some of these British traditions go all the way back to dependence on founding documents. You begin your tour by talking about the Magna Carta as the core of British rights. Talk to us about that.

Emma: Well the Magna Carta was signed in 1215 by King John of England. During the reign of King John, England was ruled through the feudal system, which meant that land was parceled off and ruled by barons who were held loyal to the king. And during the reign of King John, the barons were not very happy because there had been really high taxes and unsuccessful wars. They decided that they were going to rebel against King John. This was nothing new, the barons had rebelled many times before, but this time was a little bit different, because before they ended their rebellion, the barons made King John sign a document heavily limiting his rights as monarch and assuring the rights of the nobility. This was known, of course, as the Magna Carta.

Really, the Magna Carta was a very unprecedented document in European history and in English history. It was really the first time that the power of the English monarch was challenged, especially, particularly, by his own people. You see later on in history there are other documents that would further chip away at the power of the monarch.

In the middle of the 1600s, you had the English Civil War during the reign of King Charles I and before his son, Charles II was brought back to the throne in 1660, parliament again took away more rights from him. Then you go a little bit, a few years later to the Glorious Revolution in 1688, and that was of course when James II was on the throne, who was again not very popular monarch. William and Mary came over, of course, during the Glorious Revolution, kicked James II off the throne, and they themselves became King and Queen of England. But before they became King and Queen the parliament made them sign the English Bill of Rights, and that was in 1689. So we had the Magna Carta and then we had the English Bill of Rights and both of these were documents that did chip away at the power of the monarch.

Harmony: So we’re seeing very far back before we even dream of an America, of a heavy dependence on governing documents and the rule of law and the beginning of a tradition of overthrowing government that we disagree with or corrupt power.

Emma: These themes of English political history would be the limiting of monarchical power, which started way back with the Magna Carta, and making the king subject to the rule of law. This, of course, comes through both in the Magna Carta and the English Bill of Rights. In a lot of ways the English Bill of Rights is very similar to our American Declaration of Independence and Constitution, if you were to kind of combine the two documents.

The English Bill of Rights laid out the people’s grievances against James II, just like our Declaration of Independence laid out our grievances against George III, but then it also sort of delineated the power structure in England. It gave, of course, less power to William and Mary, more power to parliament just like our Constitution lays out the foundations of power and the balance of power here in the United States. This was of course something that was very, very important to the colonists when they were declaring that they were going to fight for their rights as Englishmen, when they decided that they were going to fight for their independence, and then when they were forming their new government here after the war.

Harmony: What other rebellions do we see in British culture before we come to the American colonies?

William and Mary were seen as the first modern monarchs of England because from that point on, the monarchs have less real power and they started to become more figureheads in a way. Now you see Queen Elizabeth II â€“ in a lot of ways she serves as sort of a figurehead and much more power lies with parliament. But if I had to point out the major events in English history that we can draw these lessons from and see these ties between the American Revolution and these earlier events, I would definitely say the signing of the Magna Carta. I would say the English Civil War, which was in the middle of the 1600s, and then the Glorious Revolution and the signing of the English Bill of Rights.

Emma: Well I think a lot of people need to remember that when the American Revolution began, the Americans didn’t necessarily want their independence, at least not all of them. I think initially they were just fighting for their rights as Englishmen. They were following in the footsteps of these great Englishmen of the past who had fought to ensure their rights against tyrannical monarchs and they felt that they were doing the same here. I don’t think that there was really a sense of this grand, new revolution and huge departure from their past. So I think that’s the first thing that you need to keep in mind when you’re looking at the beginnings of the American Revolution.

The colonists, the patriots here were very conscious of their past in England and they felt really that they were following in the footsteps of these great Englishmen of the past and that they were fighting to ensure their rights just as many Englishmen had done before. They were doing so as part of an expanding British empire that was also following in this grand English tradition.

Emma: Well I start my tour by looking at a stove, a warming stove, that was ordered for use in the Williamsburg Capitol Building by Governor Botetourt in 1770. On the front of this stove is a figure, the lady of justice, and in one hand she’s holding a pair of scales, obviously symbolizing justice, and in the other hand she’s holding the Magna Carta. It’s interesting that the Magna Carta would be depicted on the front of this stove that was used in the lawmaking building here in Williamsburg, because clearly the colonists here valued their roots as Englishmen and saw this English political tradition of rule by law as being really important in the governing their own colony.

Then I actually tie up the tour by looking at a handkerchief that was made just a few years later in 1775 in England. It features a man named John Wilkes, and he was just this very kind of dynamic kind of polarizing figure in English history, but he was a member of parliament and he was actually sympathetic to the American cause, because his kind of major political issue that he sought to reform was the issue of parliamentary representation both in England and then abroad as well. So he really came to become sympathetic to the American cause and felt that we should have direct and equal parliamentary representation.

So you can see that in a lot of ways the American Revolution was really a very British Revolution. They held this English political tradition very dear, and they were arguing these same points that had been argued for many, many years before by many Englishmen in the past to say that, “We have a point, we’re not being treated fairly according to our own English standards.” And there were people both in America and in Britain who were sympathetic to the American cause and they cited this same political tradition embodied in documents like the Magna Carta and the English Bill of Rights to argue that the Americans had a point and that they weren’t being treated fairly according to their own British standards.

Harmony: it’s so interesting that this shows up in our material culture as well. Where can people come and catch this tour and see you tell us this story through museum artifacts?

Emma: I’ll be giving it this summer through the end of August at the DeWitt Wallace Museum every Wednesday at 11:30 a.m.

Harmony: Emma, thank you so much for being here today. This is a fascinating discussion and a good reminder that every war has two stories.

Emma: Oh, you’re welcome. Thank you for having me. I appreciate it.