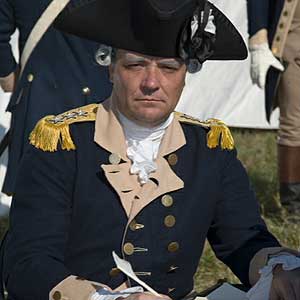 We sit down with the first president and ask him questions submitted by podcast listeners. Listen as Ron Carnegie interprets George Washington.