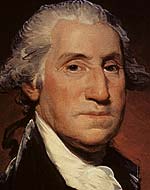 Author and historian Alan Brinkley shares his thoughts on the alchemy of luck and chance in the Oval Office.

Harmony Hunter: Hi, welcome to the podcast. I'm Harmony Hunter. Last February, Professor Alan Brinkley visited Colonial Williamsburg to give a lecture during a two-day event that examined the connections between the Revolutionary War and the Civil War.

He stopped by the show to talk to us about the thoughts he shared that day in a speech called, "How do Presidents Succeed, and Fail?"

Dr. Brinkley, thank you for being on the show to give us some presidential perspective.

Alan Brinkley: Glad to be here.

Harmony: The thought that you started with for this talk centered around the idea that the success or failure of a president may be largely due to the circumstances that he is called to rise to. That maybe a great tragedy makes a great president.

Brinkley: Well I think presidents have to be lucky in addition to being smart. A lot of presidents are very unlucky, and fail as presidents in part because the circumstances that they encounter are so difficult.

But I think it's also a result of the temperament and the philosophy of the presidents that help them to succeed, or to fail. I think we have as many failed presidents as we do successful ones.

Harmony: How do you consider who is a failure and who is a success? What are those criteria for you?

Brinkley: Well, there are many ways of assessing whether a president has succeeded or failed. The most common is if the president is reâ€“elected, it's assumed that he's been successful, though that's not always true. I think more to the point, a successful president is someone who understands his time, and understands what the country needs and how a leader can meet those needs.

Harmony: Give me an example of that. Who has not understood what was required?

It's not because they were bad men, in fact, they were very intelligent, dignified, principled men, but they had no conception of how a president could affect the future. So they sat in the White House, handsome, dignified men, doing almost nothing as the country unraveled.

Harmony: So in specific terms, what should they have done, or what opportunities did they miss?

Brinkley: Well it's hard to say, because it would have been a very difficult time no matter how energetic and committed a president might be. But there were lots of efforts in the 1850s to create compromise, to avoid the Civil War. It may be that the Civil War was unavoidable.

But you would like to think that presidents leading up to this great catastrophe would have made an effort to find some other way to meet the crisis that the country eventually encountered.

Harmony: Who have been, who are some examples of men who have been really very successful presidents, either through luck, or wits, or a combination of both?

Brinkley: Well I think people can be successful presidents in many ways. The most obvious is presidents who oversee great crises and succeed. Lincoln would be the most obvious candidate, and of course is thought by most people to be our greatest president.

George Washington, who encountered a political crisis, and helped lead the country into the Constitution and the government that of course we now still have.

Franklin Roosevelt lived through two of the greatest crises of the 20th century: the Great Depression and World War II. And although he made many mistakes, on the whole, led the country successfully through these two great crises.

Those are what the greatest presidents seem to be. People who have managed great problems and great crises. But then there are very successful presidents who simply learn what is needed for their time.

So I think for example, Dwight D. Eisenhower, who not many people think of as one of our greatest presidents, but he was a very successful president who was in tune with the temperament of his time, was a cautious and careful leader. There are many ways to be a good president.

Harmony: What was it about their leadership during those times that leads us to look back on them as successful presidents?

Brinkley: Well my own feeling about presidential leadership is that rigidity is one of the most dangerous traits of a president. And there are many presidents who have gone through their time as president with very rigid principles.

The world is a constantly changing place, and leaders have to change with it. So I think presidents who are able to understand their times and make adjustments when they have to tend to be the presidents who are the most successful.

Harmony: Can we think of a leader who had an opportunity for greatness, but missed it?

Brinkley: Well, there are quite a few actually. Herbert Hoover, very smart, very brilliant man, a very successful man through most of his life. When he was president and encountered the Great Depression, he was totally unable to adjust himself to this terrible crisis, even though he did a lot.

He did more than almost any other president had done to try to deal with an economic crisis. But he just didn't do enough. Because he had these very strong principles that the free market had to work its own way. The market just couldn't work its way through the crisis in this way.

Harmony: You talked about the idea of a successful president being sensitive to the needs of the times in which he serves. I wonder if you think there's a difference between what might have been needed from a president during the Revolutionary era in the 18th century versus today. How have we changed in what we look for in a leader?

Brinkley: Well there are some changes of course in the way leaders work since the Revolutionary period, the world has changed so dramatically. But I don't think that the traits that make good presidents are very different from early America to contemporary America.

The great presidents of the early American history are Washington, Jefferson, you could argue Jackson. These are people who live through rapidly changing times. Think of George Washington, creating a new government â€“ not by himself, of course. Thomas Jefferson encountering crises from abroad and challenges at home and discovering how flexible he could be in the face of very rapid change in the ways in which this new nation was shaping itself both at home and abroad.

So I think the ability to live with the times and to shape one's role as president in the times, that's what makes a successful president: someone who understands what the times need.

Harmony: I want to get back to this idea of a leader in a time of crisis, whether that's a war or a natural disaster, and how that president's success is forged in some way from the catastrophe of others.

What do you think it says about us when we think about things from a historical perspective that the greatness of one man is dependent on the tragedy of many others?

Brinkley: Well that may be true. Theodore Roosevelt often lamented that there were no great crises during his presidency, and therefore he didn't have the opportunity to become a truly great president. That's what he thought.

I would guess that most Americans would be very glad to have a president who goes through eight years without a terrible crisis. But the president himself â€“ at least Theodore Roosevelt â€“ felt that he had lost his opportunity to be a great president. So I think you're right, that there's a difference between what a president thinks makes a great president, and what the people think.