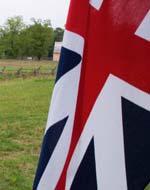 Harmony Hunter: Hi, welcome to the podcast. I'm Harmony Hunter. Our guest today is author and historian Jack Greene, whose new book, "The Constitutional Origins of the American Revolution" deconstructs the accepted causes of America's Revolution and suggests that there is more to understand about that defining struggle in American history. Thank you so much for being here today.

Jack Greene: It's a pleasure to be here.

Harmony Hunter: Well, we thought we knew the Revolution backwards and forwards but you kind of had a new idea. Tell us about this new perspective that you have on the causes of the American Revolution.

Harmony Hunter: An incidental byproduct, that's such an interesting idea to wrap your head around, because we think of the American Revolution as such a purposeful split, grounded in principles of freedom and equality. But you're really coming from a different perspective in saying this is sort of the offshoot of a legal disagreement.

Jack Greene: Yeah, a settler revolt against some new kinds of policies, unaccustomed kinds of policies for which there were not precedents, or very weak precedents, in the British Empire. And they revolt. But I call it a settler revolt because it very much is a revolt not to find a new form of government but to re-establish the old one the way it was just a few years before.

You see, the interesting point about these colonies is that they were so different one from another. If you look at New Hampshire and Georgia for instance, the two ends of the chain, they're both not terribly populous and not terribly well developed, but they're extraordinarily different. One has really cold winters and depends mainly on lumbering and agriculture. The other one has really hot summers and depends on growing rice and other things with slave labor, not entirely but to a considerable extent. And this is true all up and down.

But they are also different in that every one has its own history. They do not cooperate about anything. They have boundary disputes. They don't much trade with one another. There are certain exceptions to that. I mean people in western New Jersey, go to Philadelphia to shop and people in eastern New Jersey go to New York. And people in Maryland and Virginia across the Potomac River marry one another and so forth.

Harmony Hunter: I think what you've really been able to shine a light on here is this period in American history right after the colonies are established in America but before the idea of revolution. And I think this is a little window of time that we don't often think about, when each colony is operating as a little English outpost.

Each one has a distinct character that comes from its region and the culture of the people who live there. But all each have their own government unto themselves. They each have a constitution. They each have laws that they've agreed on. They already come with a kernel of democracy in them.

Jack Greene: Right. Well, the kernel of self-government certainly. It's not exactly democratic, the way we think about it, because they do inherit the English tradition of restricting the vote for instance to people who, as they said in England, have a will of their own, they're independent.

And this is not a narrow window, you know. This is 150 years from the founding of Virginia, for instance, which is the first successful English colony in America, to 1776. This is a long time, It's 170 years there until they declare independence. So during that time, these small outposts find a way to support themselves and then they find a way to recreate a lot of things about English society.

That's what they want to do when they come over. They want to be English, and they come over and immediately start this process. They make laws and use the laws to look very much like English laws. And the cultural practices as well are adapted to the conditions. Virginians probably had bigger windows in their houses because it's so hot in the summertime and the New Englanders probably have smaller windows, they do have smaller windows in their houses also to adapt to climatic conditions and so on.

So in all kinds of subtle ways they have to adapt their Englishness and they create something new. Now in the sense that all these people were living in America, what they're creating is American, but that doesn't have any meaning at the time. What has meaning is Virginia, Massachusetts. New England didn't have much meaning either because it's Connecticut and Rhode Island and Massachusetts and New Hampshire.

Harmony Hunter: Each colony is an island unto itself with a distinct culture, distinct market and economy, even down to the architecture as you pointed out. It makes it seem all the more miraculous that we were able to unite against the British, the world's greatest superpower at the time. How did we ever manage that?

What it would be better to say is that the British lost it. And they lost it because, in my view, it could never have been a success. Every time they would make a foray somewhere and leave one place, the population would come back because it's all local there. So it's virtually an unwinnable war. And it was so expensive.

But to get back to the story that I was about to tell, the Coercive Acts brings this enormous outpouring of sentiment for Boston because they see that what has been done to Boston might be done to them. Everybody appreciates this. So there is this overwhelming rising of anti-British government. Not anti-British, but anti-British government all up and down the coasts.

And then they have some really great leaders. They have people who not only can speak well, but they can write well. They can analyze. And so that group of people which are often not considered among the founders in the sense of the people who wrote the Constitution, so these are people who led the revolution. And every colony had a group.

Virginia had an incredible number of these people because as the oldest society it was also politically probably the most sophisticated. And people studied to become political leaders and were trained that way by their fathers and mothers.

Then they discovered they had some military expertise, or some people with the talent to develop it. Washington had a little bit of military expertise. A man like Nathanael Green in Rhode Island who became the second-most important general had none. He was a Quaker but he had always read a lot of military history. He turned out to be a fantastic general. And the same thing is true up and down, you know, people appear.

Jack Greene: Well, strangely enough, the people at the time understood it very well. What they said is this: that by trying to tax us and to interfere in our domestic governments, in the internal governments of the colonies, you are depriving us of our inheritance. Because the important part of their inheritance was consensual governance: the right to consent to all laws, not just taxes.

The British misunderstood this. They thought it was just taxes but it was always deeper than this ancient British right. The whole British identity revolved around that question. But this is an important article, the most important article in the English identity: that they are free. And what they mean when they say they are free is that they have representative government. They consent to all the laws to which they're subject.

And there's another important element to that, and that is that through trial by jury they are assured that they will not be convicted by people that don't know them. And too, by the rule of law, they will get equal justice. So this whole English system of law and liberty as it was called at the time was just central to the Americans' identity, the colonists' identity of themselves.

And it was very important to them that the English recognize it and acknowledge that. Because if they didn't acknowledge it, that meant they were somehow something different than Britons. They'd lost that part of their inheritance. Every colony had its own constitution and these constitutions in some places derived from charters.

But in most places [constitutions] derived from usage and custom which is a very powerful element in English law. And that's the way things were done, and nobody challenged that much. In changing these colonial constitutions through usage they had changed something else. They had created something, and it was an imperial constitution.

But there is this other constitution which determines what the relationship is between Britain and all its appendages. And that is the constitution which the Americans define more clearly than anybody else. And when the British won't accept that interpretation they then have to become independent, they don't have any choice.

Harmony Hunter: Jack, thank you so much for being here with us today. It's been a great conversation.

Jack Greene: Thank you very much.

in Research and Publications, Revolution | No comments