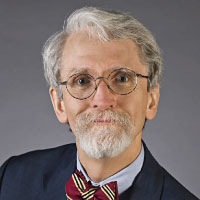 Ed Chappell discusses the value of preserving and restoring buildings in understanding how people lived their lives in the past.

Lloyd Dobyns: Hi! Welcome to Colonial Williamsburg: Past & Present on history.org.  This is “Behind the Scenes” where you will meet the people who work here. That's my job. I'm Lloyd Dobyns and mostly I ask questions. This time, I'm asking Ed Chappell who is director of architectural research at Colonial Williamsburg, and the obvious question is: "Why do architectural research?"

Ed Chappell: Well, Colonial Williamsburg has really been a center of research and restoration since 1927-28. The first conversations between the "imagineer" ---the man who thought of this idea of restoring the 18th-century town--and John D. Rockefeller Jr., the donor, they began that conversation of analyzing and then restoring the 18th-century town as early as '26. Since then, physical restoration has been done here right up to the present day-- there was a bit of a hiatus during the second world war--but we have studied the buildings to learn about how they looked, how they evolved, how they began, but more importantly how people used them and how they structured life here in the 18th century. Certainly the focus on what sorts of people has changed somewhat since the thirties. We're now, at sites like the Peyton Randolph, obviously very interested in the lives of the enslaved people who worked there as well as the people who lived in the front house.

Lloyd: Can you learn a lot about people from the way they lived?

Ed: Maybe if I take a narrow slice of that question. Can you learn about people from their ... learn about how people lived from their buildings? I think absolutely. People who built and altered buildings leave us a rich piece of evidence for how they intended to structure their lives--their relations with other people--at least how they intended to, if not how they succeeded! (laughs)

Lloyd: If you wanted to be all modern, you could ask "is reconstruction worth the money it costs? Do we learn anything?"

Ed: Yes, I think that is a very good question at Colonial Williamsburg. There is debate that goes back to the 1870s --- English--intelligent English thinkers like John Ruskin and William Morris really attack the idea of not just reconstruction but restoration. The idea being that an old building has survived for X number of years and has been altered along the way. Isn't it important to retain those evidences of later life and not strip things back to a kind of perceived era? I think if you treat a building as a work of art or as a cultural object, there's a very strong argument for not trying to strip away the later parts.

To some degree, Colonial Williamsburg is a special case, because since the '20s, this place has really focused on using buildings and landscapes to teach about people in that pre-revolutionary era in 18th-century Virginia. So, reconstruction as well as restoration is really, I think, central to how we teach. Using the example of the Peyton Randolph site, if we simply retained and presented the main house, we would leave out at least half the equation of the people who lived in the other buildings on the property and worked in the main house, the relations between African Americans and European Americans, between white and black--the scene of those relations would largely be lost to us if we didn't do some reconstruction.

Lloyd: I was talking to the Colonial Williamsburg brick maker, and she said all of her bricks had gone into the reconstructed Peyton Randolph outbuildings. How accurate is that? I mean do you try to get just precisely the way things were in 17-whatever?

Ed: Well, you'll never know everything. Any reconstruction includes elements that are not absolutely known, certainly, but we always try to do the best we can, and I think a very significant part of doing the best we can is to recreate the pre-industrial techniques that were used here -- the kinds of construction, the means of producing bricks and hewing logs and slicing flooring and applying plaster. One of the things that we do really well here, I think, is the recreation of lost trades, or past trades, or retired trades--ones that have been superseded in the industrial world. So, I think it gives one a kind of special glimpse into the past to see how people made things at a particular time and place.

Lloyd: The only building I have been involved with here was the Anderson forge when it was first put up. The blacksmith told me last time I talked to him that they have now discovered it was more of an arsenal, and they are going to have to maybe reconstruct it along those lines, and that sort of fascinated me. They originally made a blacksmith shop, and now it turns out not to have been a blacksmith shop. It was where they repaired arms.

Ed: I think the larger point is that a building has a life, and it has different uses over the years, and it often changed to reflect those new uses. What we tried to do in the 1980s was to recreate that blacksmith shop as it existed just before and during the Revolutionary War. It is clear to us that much of what Anderson and his blacksmiths did was to repair objects, even before the Revolution. He wasn't for example, a big producer of hardware used in the town. Certainly the scale of his operation grew dramatically during the Revolutionary War, and most of what he was doing then was repairing arms. I wouldn't say that's not blacksmithing, though, to some degree that's an extension of what he did before the war.

Lloyd: It would have to be blacksmithing, or he wouldn't have done it to begin with. I was just wondering, his business kind of changed and went more to armament than it had been before.

Lloyd: I want to jump away from Williamsburg for a minute -- restoration of Montpelier.

Lloyd You are sort of the "go-to" guy on that sort of semi-difficult project where the building has been changed significantly since it was first built. How do you start to try and research something like that?

Ed: Well, I'm not sure I'm the "go-to" person, but I guess I'm part of a discourse on that. The first time I went to Montpelier -- which is the house of James Madison-- that had become quite a large house by the 18-teens and then was hugely extended, rebuilt, remodeled, improved by William duPont around 1901.

When I first went there, I thought "this is just an indecipherable jumble," at least its early form is a jumble. But the more I looked at that we agreed -- Colonial Williamsburg architectural historians agreed -- to come back for three days, and spend three long days kind of rigorously looking for evidence. And what we found was I guess to some degree one of the early chapters in this now larger, longer story of the restoration of that place. What we found was that there was a tremendous amount of physical evidence for how the house had evolved. How it grew from a kind of -- if you will -- ordinary center passage Georgian-plan house to a house for two generations, for James Madison's parents and his and Dolly Madison's life beside that, with a fire wall between them, no internal connection between those two households. And then once he ran for president successfully, to turn it into a big presidential house, in which he had a far grander kind of entrance space, a kind of pedagogical parlor if you will, in which dignified visitors could sit and wait for them. But also a wing for his mother to occupy that was very fine space as well. That's a tremendously interesting story, and the evidence began quickly to pile up for how that house had evolved. You know, whether or not it should be restored, or presented very intelligently, knowingly, perceptively without restoration, I think, is an open question that could be a lively debate.

Clearly the Montpelier Foundation has decided to do a grand restoration, and I think they are learning wonderful things.

Lloyd: Take it from the other side, what do we lose if it's not restored? I mean it would be the same for any building that was valuable in its day. Certainly the presiden's house would be. If Montpelier was taken down tomorrow, what do we lose?

Ed: Well, I think you've asked me two questions. Let me take the one "what do you lose if it is not restored?" I think you lose a very graphic three-dimensional object that tells you about the evolving lives of two generations of Madisons -- one of whom happened to play a major role in the structuring of the Unites States government. So, one could still learn about and be interested in how that house evolved through two centuries, but you wouldn't have the most graphic presentation of that change and manner of life.